Home/Information/Biography of the Top 7 Golfers

The sport of golf has been around for years; so many that it watched two World Wars go by! Many took their shot, but only a select few would become the Lebron James and Michael Jordan’s of their sport. These seven players, throughout their illustrious careers, have fought tooth and nail to prove that they have what it takes to reach the top. 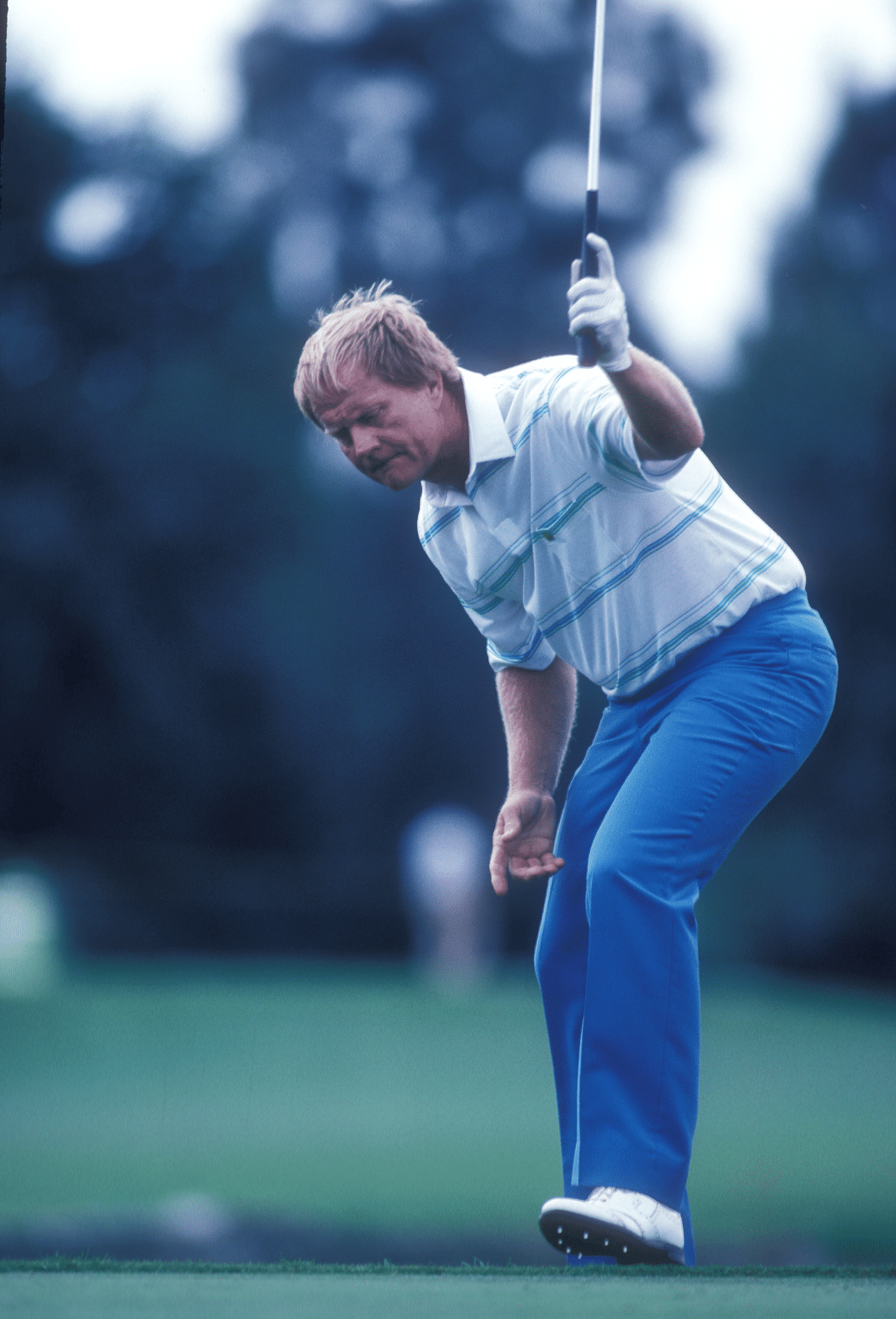 Hailing from humble beginnings in Ohio, Jack Nicklaus began playing golf from age 10 and never stopped. He scored 51 in his first-ever game and became the youngest qualifier into the U.S. Junior Amateur at age 13.

When it comes to events, Jack Nicklaus is unmatched! Since his breakthrough in 1962, he’s won 18 major events, including the 1962 U.S. Open, 1976 PGA Championships and the 1986 Masters. Even better, he was the runner up 19 times! In each major, he was victorious and runner-up at least three times. In addition to all of that, he won 73 PGA Tour events.

Most golfers average around 46 top-ten finishes in their careers. Nicklaus shattered that record with 73 top ten finishes, as well as 56 top-five finishes.

Nicklaus retired his professional career in July 2005 at the age of 65, affectionately receiving the nickname of “Golden Bear.” He proved that age is truly just a number! 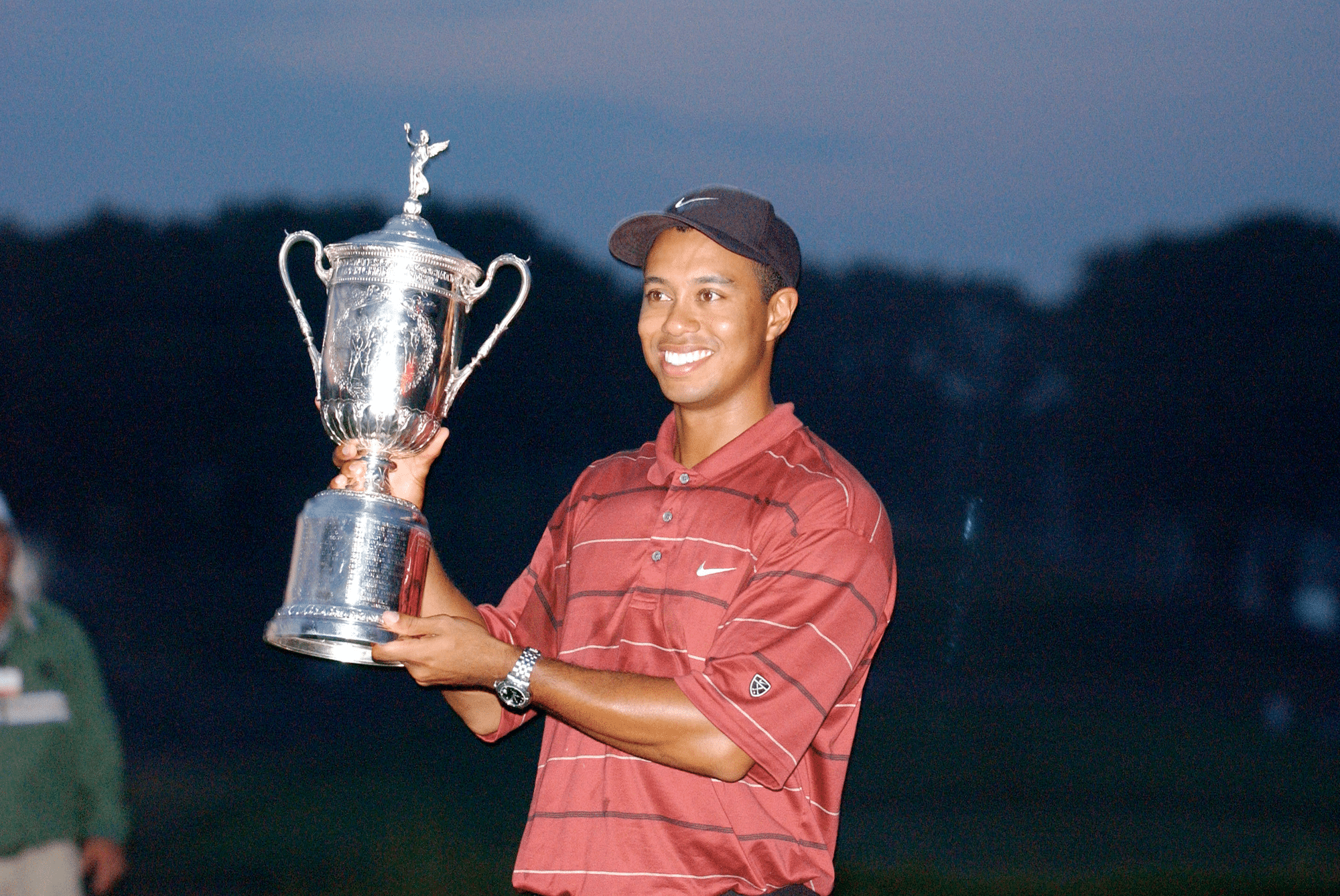 Tiger Woods’ talent made an early appearance. After being introduced to the sport at age 2 and went on to make a name for himself. He broke 70 on a professional golf course at age 12 and became the youngest U.S. Junior Amateur winner at age 15. This was the first of his many records.

Woods and Nicklaus always rubbed shoulders when it came to deciding which one was the top golf player. Woods had Nicklaus beat in the area of PGA Tour Events by winning 79 of them. Out of the 14 majors that he won, he’s won the 1997 Masters, 2005 British Open and the 2008 U.S Open.

Unfortunately, Woods seems to have dug himself into the grave of perpetual second place. After multiple surgeries and scandals, he’s only managed to secure six top-five finishes since 2008. 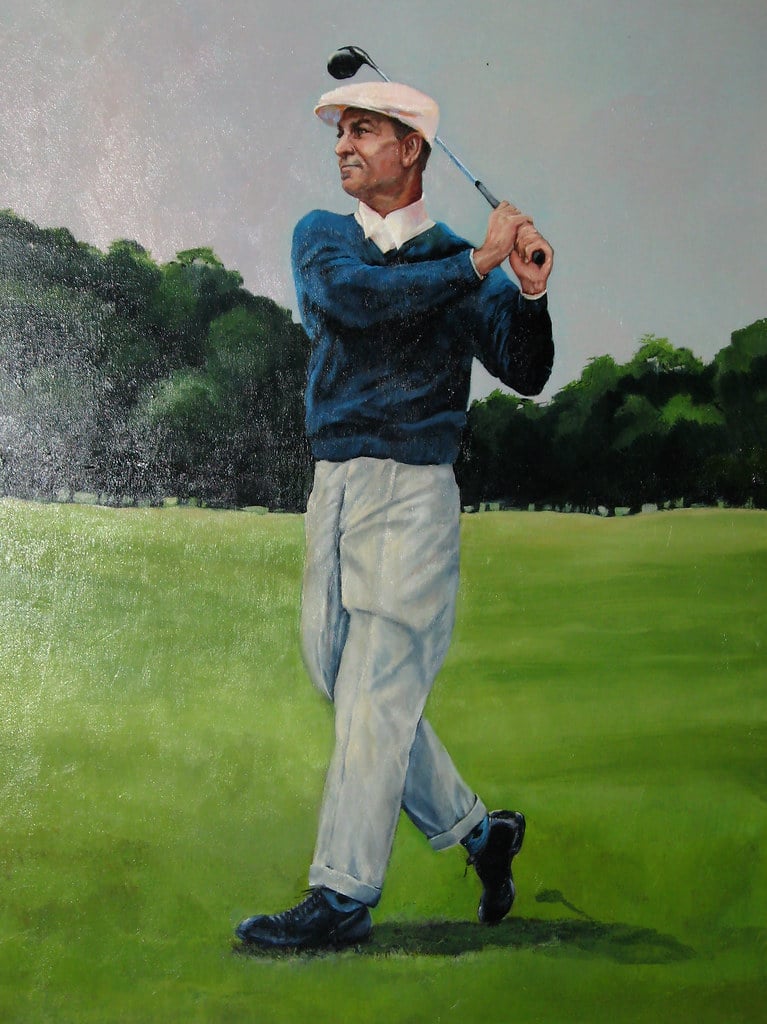 Ben Hogan was first introduced to golf when a friend acquainted him with caddying at the age of 11. After years of struggling to make a name for himself, Hogan won his first tournament in 1940.

Ben Hogan is living proof that nothing is impossible. After surviving a car accident, he went on to blast through the PGA Tour between 1946 and 1953. His total PGA Tour events total 64. He also won nine majors, including the 1948 U.S. Open, 1948 PGA Championship, and the 1950 U.S. Open (this last one only a year after his accident).

When he came into the spotlight in 1946, he won 13 tournaments alone and 30 within the next two years. In 1953, he became the first golfer to win all three majors, including his first time in the British Open. Since then, Tiger Woods has been the only golfer to reach that standard.

Hogan demonstrated a legendary ability for ball-striking, as well as having a profound influence on golf swing theory. Here’s his secret: cupping the left wrist at the top of the backswing combined with a weaker left-hand grip. This is how he managed to overcome his chronic hook. 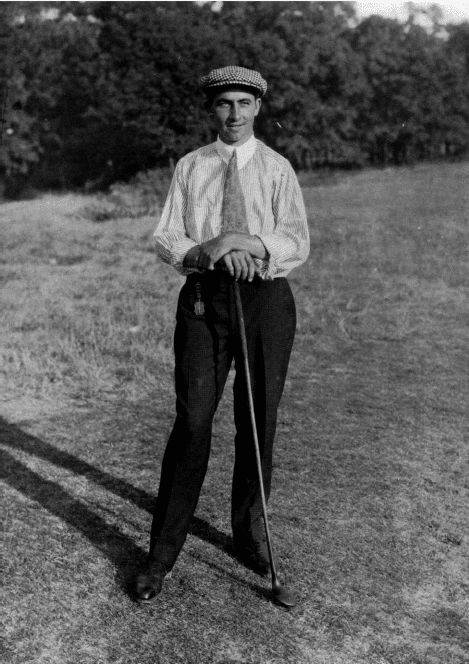 Born into a working-class New York family, Hagen developed an affinity for golf at a young age. He began as a caddy and became an expert player in his mid-teens. He started his professional career by placing 11th at the 1912 Canadian Open.

Hagen also made a name for himself in the sport’s development. He witnessed many instances of strong division between amateur and professional players, with amateurs usually gaining the advantage. Hagen spent his career fighting for mending this rift and giving more opportunities to professional golfers.

Hagen didn’t get many opportunities to play in the majors. The First World War made it so that there was only a single major a year. The Masters weren’t founded until 1934, which, unfortunately, was past Hagen’s prime.

This did not mean that Hagen did not excel in the sport! Hagen won The Western Open, (unofficially considered the “fourth major”) a total of five times. So, if you think about it, Hagen got his double-digit major win! 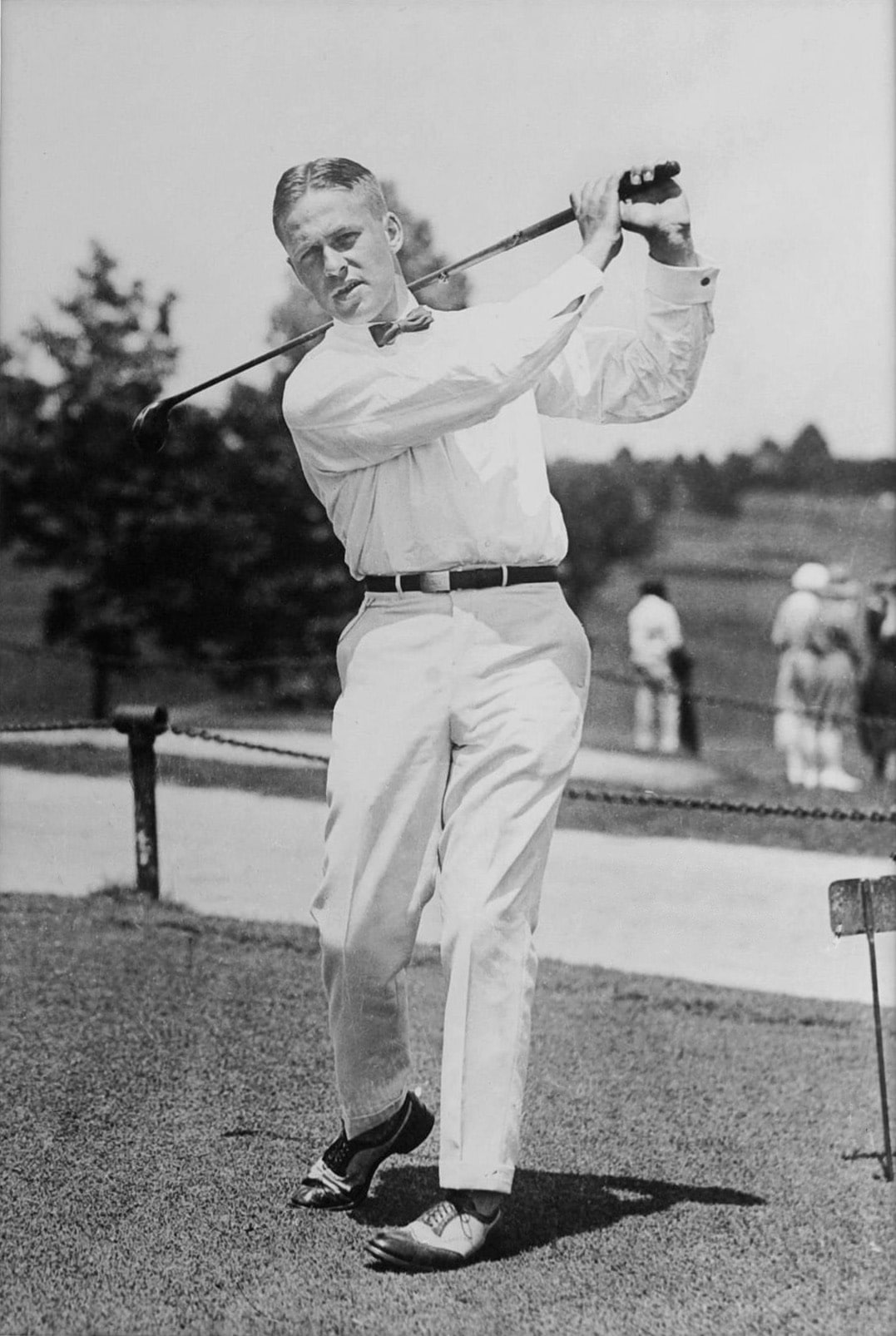 Bobby Jones, like Tiger Woods, found the sport at a young age. He won a children’s tournament at six years old and advanced to the quarterfinals of the U.S. Amateur at age 14. He then went on to qualify for the U.S. Open at age 18. Jones was a lawyer by profession and only played golf at an amateur level. He decided to retire at age 28.

What makes Jones’ situation so interesting is that he was not eligible for the PGA Championships. However, as an amateur, he won the U.S Amateur and British Amateur five times and one time, respectively. Since they were considered majors at the time, he won six additional majors, albeit unofficial.

Jones was well on his way to becoming the greatest had his career been longer. However, shortly after his retirement, he went on to co-found the Masters. I’m sure Walter Hagen was wondering where he’d been all his life! 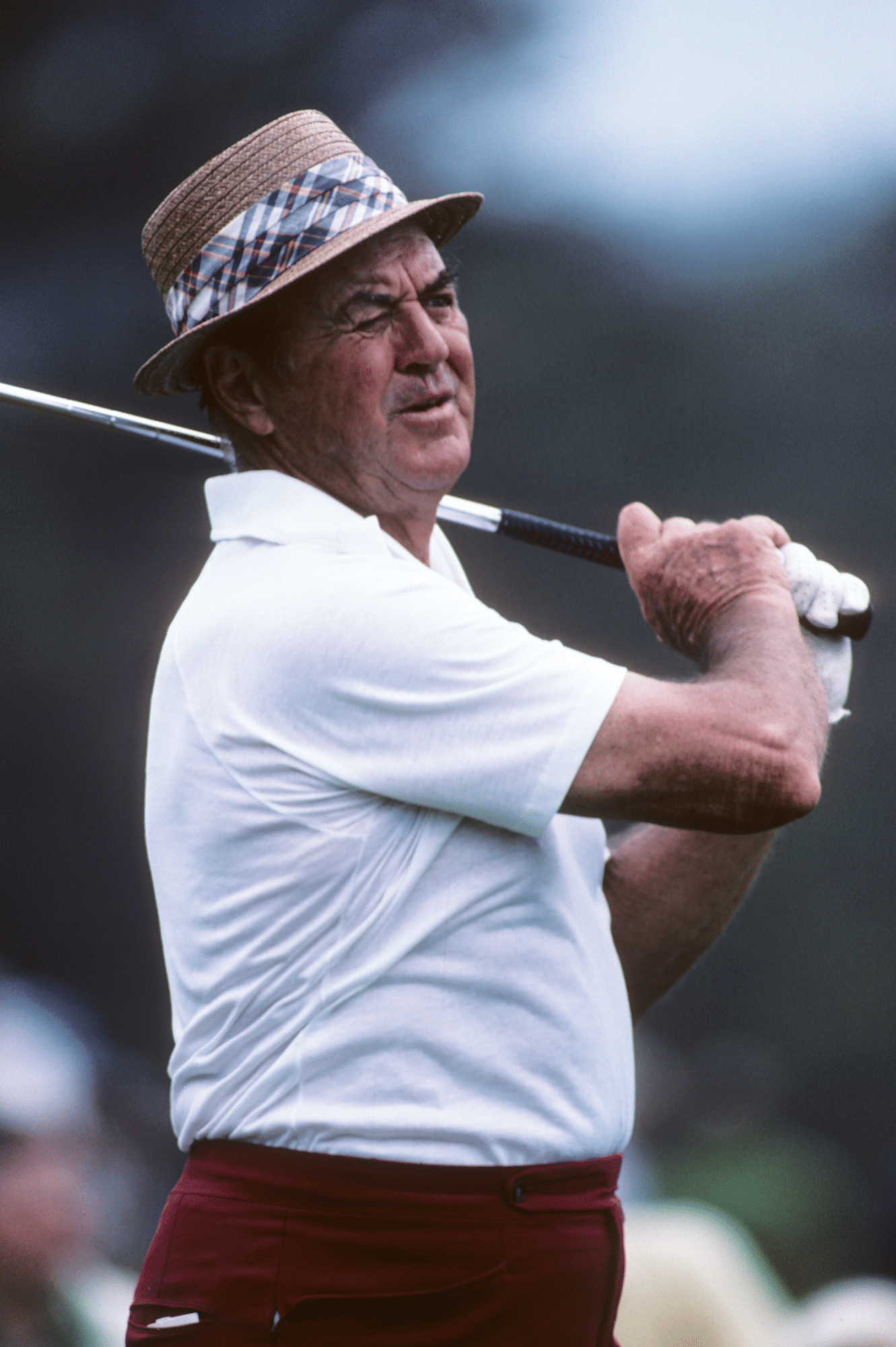 Sam Snead had a particularly interesting introduction to golf. During the Great Depression, Snead taught himself the sport before becoming a professional in 1934. After winning the West Virginia Closed Pro tournament, he became an immediate success.

Snead only won seven majors in his career, including the 1942 PGA Championship, 1951 PGA Championship, and the 1954 Masters. However, he won a record-smashing 82 PGA Tour events, beating out Nicklaus and Woods.

Throughout his career, Snead suffered a few obstacles that hindered his ability to win more majors. First of all, he only played the British Open five times, which reduced his chances of winning by a quarter.
Secondly, WWII canceled 14 major tournaments, which further took away opportunities for Snead. And thirdly, he was never able to crack the U.S. Open, despite being the runner up four times and having 12 top-tens.

But age was no hindrance to Snead! He won the 1965 Greensboro Open at age 52, making him the oldest player ever to win a PGA Tour event. He also won 11 games in 1950, despite not winning a major. Arnold Palmer fostered an interest in golf by following his father, who was the groundskeeper at the Latrobe Country Club. After a few years of honing his skills while in the U.S. Coast Guard, Palmer won the 1954 U.S. Amateur. This marked his entrance into the world of professional golf.

Affectionately named “The King”, Palmer had a career for the stars. Over 20 years, he won seven majors, including the 1964 Masters, 1958 Masters, and 1962 British Open; he also won 62 PGA Tour events.

He’s one of three players to win a total of 4 Masters tournaments, as well as a 29-victory streak between 1960 and 1963. Not even Nicklaus and Woods can claim that record! Palmer, deservedly, was awarded Player of the Year twice during that period.

Considered one of the “big three” of the 1960s golf world, Palmer, inevitably, had to accept a few defeats. He was the runner up in 10 majors between 1960 and 1968 and again in 1970. Although the title of “top three golfers of all time” slipped through his fingers, Palmer is still a legend in the sport.

By Tim Marose|January 24th, 2020|Information|Comments Off on Biography of the Top 7 Golfers

AECinfo.org is also a participant in the Amazon Services LLC Associates Program, an affiliate advertising program designed to provide a means for sites to earn advertising fees by advertising and linking to Amazon.com. Pages on this site may include affiliate links to Amazon and its affiliate sites on which the owner of this website will make a referral commission.
Go to Top