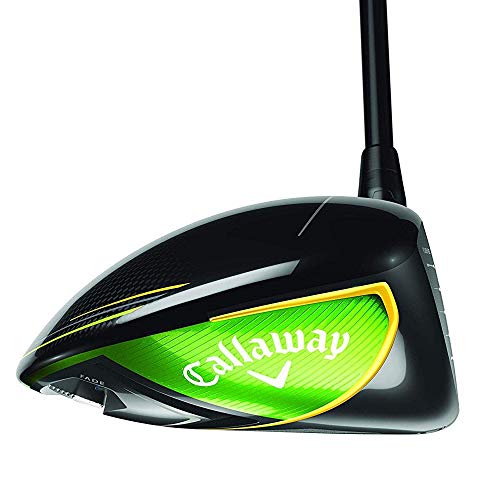 The Epic Flash driver will forever remain the driver that has made a historic breakthrough in golf driver designs. It is the first driver in the golf history that was developed with the use of Artificial Intelligence (AI), establishing a new threshold for the competitors.

Callaway has always been about innovation and expanding frontiers in golf manufacturing. Even though many thought that it was just marketing hype, the whole year behind us has proven that it was far from it.

The Callaway Epic Flash Driver was the only driver that got 20 out of 20 stars by Golf Digest in 2019. It prides itself on being one of the most awarded drivers for the year 2019 nationally and internationally. But, the golfers’ experience matters the most, and the sole fact that it has been the most sold driver speaks volumes.

We don’t usually share the stories that led to the creation of individual club designs, yet, this one helps you understand the philosophy behind the driver and how it was created.

It starts with the $5m supercomputer developed to create a new face architecture. It’s worth noting that it is not the whole driver designed by the supercomputer, but it is the face of the Epic Flash driver. So, yes, it is all about the face!

The R & D team input face-preferred parameters with some more preferences, and after about 15,000 iterations, the Flash Face was created.

About the Flash Face 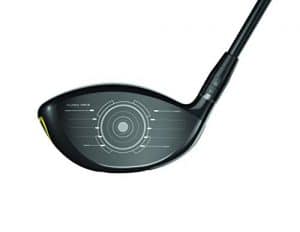 The Flash Face is nothing that you’ve seen before in a driver. The intriguing part lies behind the face, which reminds us of a human ear and looks like thick and thin swirls or ridges that flow from the heel to the toe. The thinnest part of the face is the central area, something that is drastically different from the company’s previous designs.

Designed as it is, it has a highly optimized COR that needs to deal with extreme speed. Therefore, it is made from 595C forged titanium, an ultra-strong material that has been tempered and laser welded to the head.

On the front, it is milled, and the laser-etched grooves allow you to frame the ball at address. All in all, the face design promotes ultra-fast ball speed and more distance.

Apart from the Flash Face, we can still see some of the most functional and proven-to-work Callaway technologies. Such is the Jailbreak Technology, which features two internal bars that connect, stiffen, and stabilize the crown and the sole.

This way, it allows the face to channel more power and directs the energy towards the center of the face so that when you strike the ball in the middle of the sweet spot, it gets maximum speed. So, the combination of the Jailbreak Technology and the Flash Face, make the Epic Flash driver one of the most technologically advanced drivers on the market.

Now that you have a better understanding as to why the Callaway Epic Flash driver is considered to be one of the most technologically advanced, and highest rated drivers of all times, let’s look at the individual reasons behind why golfers love this club in their bag.

Golf drivers with adjustability help golfers feel as though they are getting a custom golf club each time they step out to the golf course. Some golf drivers offer the ability to change the loft on the club by a degree or two; others allow for significant changes in the club’s performance.

The Epic Flash driver is one of the best adjustable choices as it offers a sliding weight and the OptiFit hosel. If you want to hit the ball higher, lower, more left, or more right, you can choose the perfect setting for your game.

Flash Face technology allows for much more premium distance and jumps off the clubface. The Flash Face formulation is something that you will feel as soon as you strike the clubhead.

Callaway, of course, used their artificial intelligence technology to be able to increase the ball speed that players can get with the Epic Flash. If you have not updated your driver in the last few years, the Epic Flash will travel further.

One of the essential things about driver technology is to keep the feel of the club headlight while still promoting distance. The carbon crown on the Epic Flash driver helps ensure that golfers will have no trouble swinging the club at high speeds yet still having minimal vibration in the impact zone.

The results of the Triaxial Carbon Crown include better ball speed, feel and sound.

In case you were wondering what all that fuss about the Callaway Epic Flash Driver was, I hope we cleared things up with this review. The main hype is on the AI designed face, which does deliver more speed and distance, even though you’ll find the overall design heavily tech-infused.

It has all the bells and whistles of a modern-day driver. It is adjustable and customizable to meet various golfers’ preferences. The three stock shaft options provide different results, as they all feature different properties, so it is advisable to get a custom fit or hit into a launch monitor to find one for you.

In a nutshell, it is one of those drivers that you can rely upon and expect more Yardage, more Forgiveness, and premium looks.

In addition to the Epic Driver from Callaway, we have also reviewed several other products from the club manufacturer.  If you haven’t done so already, be sure to check out our research on the Callaway 300 Pro golf Laser Rangefinder, the Mack Daddy Forged Wedge, the Supersoft golf balls, and arguably the best Golf Bag, the Callaway Hyperlite Zero Lightweight Golf Bag with a stand.

Other Driver Reviews on AEC Info:

Here are a few questions that golfers tend to ask us about the Callaway Epic Flash driver.

Who Should Play With Callaway Epic Flash Driver?

The Callaway Epic Flash driver was designed with the average golfer in mind. The Epic Flash has adjustability, tons of distance, and plenty of forgiveness to work for any golfer with a mid-level handicap. Although the club will work for higher handicaps, it may be better to choose something even more lightweight with a bit more offset in the clubhead.

What Is The Difference Between Epic Flash and Sub Zero?

The Epic Flash and the Epic Flash Sub Zero are somewhat similar, except that the Sub Zero line is created for the lowest handicap golfers. Low handicap players want a more streamlined driver profile and a classic look. In addition, the better player would rather have workability and feel over extreme distance.

Although the Sub Zero is great for low handicap players, many will find that with the adjustability of the Epic Flash, it is just as good to use this driver even when your handicap gets a bit lower.

Is The New Epic Series Better Than The Epic Flash?

The new Epic series has seen some significant improvement from the Epic Flash. Callaway has quite a few Epic lines, and each one keeps getting more technologically advanced. The latest Epic models try to break down the players they are for just a little bit deeper.

This means you will find a perfect match for a golfer that wants more spin, a player looking for extra distance, and those that want feel and workability. Essentially whatever it is that you struggle with in your long game, the new Epic series can help fill that void. Of course, the pricing on these drivers is almost double that of the Epic Flash, so that is a consideration you will have to make.