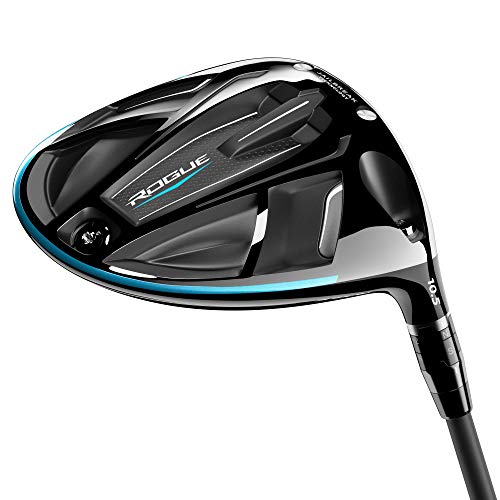 It appears that nothing much has changed about Callaway Rogue drivers, even after the Epic Flash driver and Callaway MAVRIK Driver have been released. This makes it one of the most demanded drivers in the world of golf.

We’ve seen an abundance of groundbreaking technologies coming from Callaway, and equally many unstandardized approaches when it comes to invention and reinvention. The Rogue driver was advertised as ‘the driver reinvented’ as it used Boeing breakthrough technologies to generate more speed.

It has been the most sold Callaway driver, offering speed and distance in combination with high MOI, which appeals even to golfers with mid to high handicaps. As a matter of fact, there are two versions of the Rogue drivers, the Callaway Rogue Draw Driver, and the Callaway Rogue Sub Zero Driver. As the name implies, the former features a closed club face for an added draw on each shot, while the latter is a low spinning model.

This review focuses on the standard Rogue driver and the performance it delivers. Due to its popularity, this year, Callaway re-released the Rogue driver, so we’re taking a look at its features.

Key Features of the Rogue Driver

Other driver reviews on AEC Info: 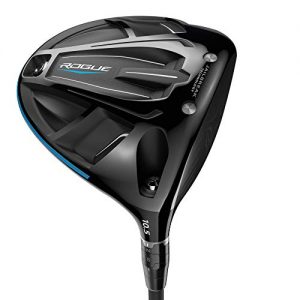 The technology of the Jailbreak effect is perhaps the most established and proven to work Callaway technology in recent years, particularly as you see it in the head of the most recent Epic Flash and Mavrik drivers. This technology was not present in the original Epic Driver from Callaway or the Sub Zero golf club.

Is the Callaway rogue driver forgiving?

If that’s new for you, Jailbreak integrates two stiff, hourglass-shaped, titanium internal bars that bring together the crown and the clubhead’s sole. These titanium bars and design increase the driver’s MOI, making it a combination of forgiveness and speed as it increases the energy transfer at impact. The ball speeds are incredible and the golf ball flies off the head of this one from Callaway.

The aerodynamic properties of the Rogue Driver come from the Steep Step crown, which was designed thanks to Boeing’s advanced parameters that enhance proper airflow and more speed. As mentioned before, the ball speeds we found in this Rogue driver review are impressive.

The advanced aerodynamic shaping with geometric features located towards the front of the crown allows the club head to keep the airflow attached to it. This means the club head delivers less drag, which leads to more ball speed and exceptional distance.

Construction Of The Rogue Driver 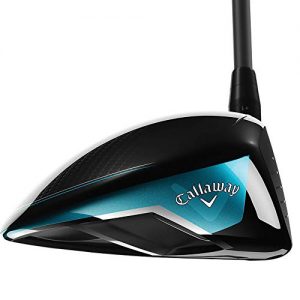 The symmetrical, triangular shape of the head on the Callaway Rogue driver is much longer than its predecessors, including the original Epic Driver and the Sub Zero representing the key to more forgiveness.

The thinner X-face is also taller, and it features then introduced VFT architecture that contributes to variable face thickness. Variable face thickness has been part of many driver releases as the strategically positioned thick and thin areas increase ball speed, particularly on off-center hits of the head of this one.

Design-wise, it looks superior with the gloss black carbon composite crown that is very appealing at address. Regardless of your handicap, you’ll like the lightweight but very strong and sturdy design of the clubhead on the Rogue Driver and you will love the ball speed off the of the hot face. .

Sound and Feel of the Callaway Rogue Driver

You might get confused by the sound variation when you use it initially. When you hit off-center, you get a very hollow sound, something like metallic ‘bang,’ which doesn’t appeal to your senses. Yet, once you hit the sweet spot, there’s a change in sound. It becomes more solid and better pronounced. This way, you get instant feedback from the clubhead, informing you when you’ve hit a perfect hit.

On the other hand, this implies that it is one of the most stable drivers, and you won’t be able to determine your performance from the feel itself. The straight and piercing ball flight is evidence of the excellent performance of the Callaway Rogue Driver.

It has never been the technologies themselves used in a golf club, but the way those technologies work to deliver optimum performance.

The blend of the Jailbreak, the aerodynamic crown geometry, and the thin and tall face make the Callaway Rogue Driver exceptionally forgiving, lightweight, and easy to hit. 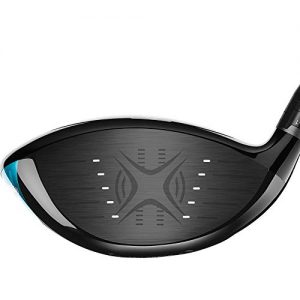 The large sweet spot allows even high handicappers to produce center hits, and even if you are not as accurate as you’d like to be, there’s much forgiveness coming from the Rogue.

The fact that there’s no weight adjustability, something odd for Callaway for drivers this caliber, allows weight redistribution, positioning the Center of Gravity (CG) lower and back, leading to a 16% tighter shot dispersion.

In the real world out there, this means that even high handicappers can expect much more speed and distance. The driver is so stable that all those miss-hits turn into high flying straight shots.

Even though there’s no weight adjustability, there are three loft options you can choose from, 9, 10.5, and 13.5 degrees, with the adjustability of -1 and + 2 increments. This way, golfers of different handicaps will be able to select their preferred loft degree.

Low lofts are usually intended for low handicappers as they can provide more ball control and deliver low spinning and further ball trajectories. Contrary to drivers with low lofts, the highest lofted drivers appeal to high handicappers as they help them easily launch the ball.

During this driver review, we tested with the Aldila Quaranta stock Shaft. It is one of lightest shafts you will find at only 40g. You can also choose the Project X, EvenFlow shaft or the Aldila Synergy shaft. The weight track of each shaft on the Callaway Rogue driver is up to your discretion.

Is Callaway Rogue a Good Driver?

While Callaway is shaking the market with its latest breakthrough Mavrik driver, the Callaway Rogue Driver has silently reimposed itself as another, convenient option to consider within Callaway range.

It is a reliable driver, with technology still used in this year’s releases, and performance that has hardly been surpassed. It is basically a blend of high MOI, premium design, stability, and speed.

Check it Out On Amazon
By Tim Marose|July 13th, 2020|Driver|Comments Off on Callaway Rogue Driver review