What is the Chapman Format in Golf

What is the Chapman Format in Golf

Playing golf the same way every time can get a bit boring. This is where golfers look for tournaments that allow for alternate shot formats, Match play, or even Best-ball formats. 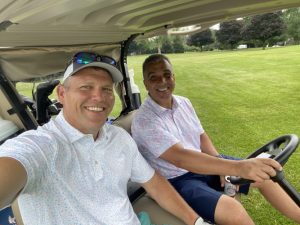 In the end, the game of golf is supposed to be fun, and the Chapman golf format, or the “Chapman System” is an excellent way to enjoy your time with a friend on the golf course. If you are curious about how this format is played and some tips to win your next Chapman, we have you covered.

What Is a Chapman Golf Format?

A Chapman golf tournament is a team event with two players hitting a drive, then switching drives, and then choosing the best ball to play into the hole from there. If the Chapman is played as a net event, there is a combined team handicap that will be advantageous to players.

Handicap allowances will be modified to ensure that they are fair for both Player A and Player B. A Chapman tournament can also be called a Pinehurst or a modified alternate shot.  It is different than an Four-ball golf format..

How To Play Chapman System?

To play a Chapman tournament, you can follow these basic steps. Although the first few holes may seem a bit confusing, once you get started with this format, it becomes quite enjoyable. 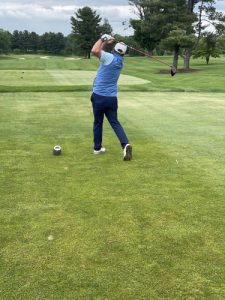 The next step involved you hitting your 2nd shot from the position of your partner’s drive. If your golf ball ends up on the left side of the fairway in some trouble, it will be your partner’s job to get this ball back into play.

When you get to the 3rd shot, there will still be two golf balls in play. Players will decide whether Player A’s ball or Player B’s ball is in the best position. Both golfers move to this position. 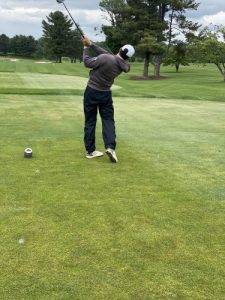 From this point on, only one ball will be played into the hole. Golfers will alternate until the ball is holed. If Player B’s golf ball was selected as the better shot, Player A hits the next shot.

Wherever that ball comes to rest, Player B will then take the next shot. This process repeats until the ball is holed.

At the end of the hole, a team score is recorded. Many tournaments will require both a gross and a net team score.

It’s important to note that even though this is a team format, both players are able to have their own set of golf clubs, and they do not need to share clubs.

A valid Golf handicap is required to play the Chapman System in a tournament.

If you have a Chapman golf tournament coming up, you may want to get some tips that will make your 2-Man Chapman a bit more successful. This tends to be a tough format for golfers who are new to the game or weaker players that tend to struggle when the pressure is on.

Here are a few questions about the Chapman golf format, also known as Pinehurst and American Foursomes.

The Chapman format can be very difficult to play. As far as golf is concerned, anytime teammates must rely on each other, the pressure is considerably higher. One of the good things about a Chapman is that both players get to hit tee shots; this helps it to be a bit easier than a traditional alternate shot tournament.

Are Chapman and Pinehurst the same?

Chapman and Pinehurst are the same competition for golfers. Both players will hit from the teeing ground, followed by a switch of the golf ball in play, and then alternate shot into the hole. The Chapman can also be called American Foursomes.

What is a modified Chapman format?

We hope you now understand what the Chapman System is and whether or not this would be a good event for you to play in. If you belong to a private country club, chances are there are events like this that take place throughout the course of the year.

The key is to find a partner that you trust and can rely on and enjoy your time out on the golf course together. Chapman is an event that has been around for many years, and it will likely stay that way for quite some time.

By Brittany Olizarowicz|July 5th, 2022|how-to, Information|Comments Off on What is the Chapman Format in Golf