Buying Drinks After A Hole In One – Where Did This Tradition Start?

Home/Information/Buying Drinks After A Hole In One – Where Did This Tradition Start?

Buying Drinks After A Hole In One – Where Did This Tradition Start?

After a friend recently recorded his 5th hole in one and everyone was enjoying a drink on his tab, the question came up:

“Why Does the Golfer that Makes the Hole in One Have to Buy the Drinks?”

There are several different theories on where this tradition started, And the one that seems to be the most popular dates back to March of 1921 in Pebble Beach. 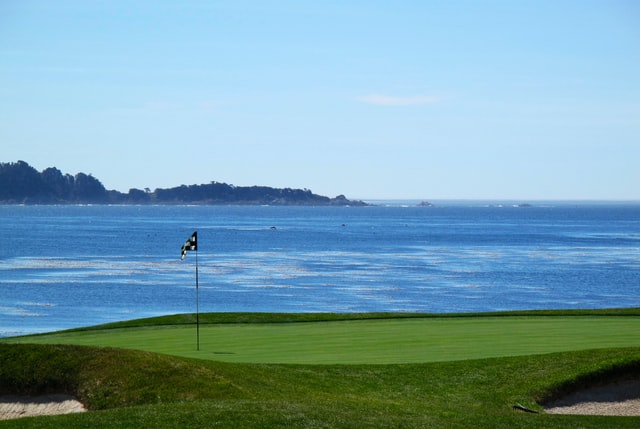 James B. Marker reportedly was the golfer that hit a hole in one on the Par 3 17th hole. During prohibition, Marker celebrated with his playing partners and offered some of the “good stuff” to his foursome.

Another gentleman who was playing against Marker that day was reported as saying:

“Why don’t you buy a shot for the whole damn clubhouse, you lucky SOB?” Marker accepted the challenge, and the 21 gentlemen waiting in the clubhouse (there was no “bar” at that time) were treated to imported Canadian Whiskey courtesy of James B. Marker.

While this story makes sense, it has been very hard to verify. As with most stories and traditions, the details can get blurred and exaggerated over time, and there is often a tremendous amount of controversy regarding where the tradition started.

While researching this topic, I also found several other possible reasons for the golfer to buy a drink after a hole in one. Several people believe that since you were the person who made the hole-in-one, you likely won your match for that day; therefore, you had a few dollars to buy drinks. 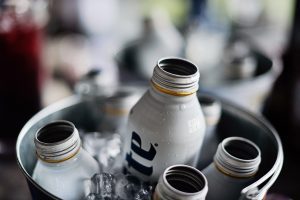 While this may make sense to buy drinks for your playing partners, it doesn’t explain why the golfer would buy drinks for everyone in the entire clubhouse.

The final theory about this hole in one tradition is that it keeps golfers honest during the round and may prevent them from lying about their historic shot. Golfers will be much less inclined to lie about a fantastic golf shot they made if they will be responsible for buying drinks for guests everyone in the clubhouse bar.

Whether or not you agree with this tradition of buying a drink for everyone in the clubhouse after a hole-in-one, you can prepare for this bill. In most country clubs and golf courses around the world, you can buy hole-in-one insurance, which protects you from a large bar bill after your Ace.

How Does Hole In One Insurance Work?

Hole In One Insurance for individuals works like this at most country clubs. When a golfer makes a hole-in-one, all members that participate in the optional insurance are charged a flat fee like $5. The golfer making the hole in one receives all of the money from the participating members to cover his bar bill’s cost.

In most cases, the amount of the bar bill is less than the amount received from insurance.

The other type of hole in one insurance is offered by an insurance company at an even such as a charity event or at a tournament. The sponsor of the event will pay for a policy to protect them from a guest making a hole in one and winning a large prize like a set of new golf clubs, a golf trip to an exclusive destination, or in some instances, a new car.

Since the hole in ones is so rare, the insurance policy is pretty inexpensive and will usually cost the sponsor no more than $1000 for the policy.

Digging into this question has been interesting and entertaining for all of us at AEC Info. It is funny how traditions have changed over the years. One of the stories that was shared online was the golfer who made an ace on a public course, then just left a bottle of whisky on the bar for everyone to share. Imagine doing this now during Covid-19.

This sounds very different from the golf clubs I have been sitting in after one of the members get a hole in one. Usually that is when the shots of Patron, Grey Goose drinks and craft beers start getting ordered.

There is no written rule that says you are required to buy drinks for everyone in your club after you make that hole in one. But, you do know that golf has a way of getting you back, so maybe you want to celebrate it, enjoy it, and pull out that credit card.  After all, you may never get a chance to buy drinks for a second hole in one.

By Tim Marose|December 30th, 2020|Information|Comments Off on Buying Drinks After A Hole In One – Where Did This Tradition Start?