Since early November, eyes from all over the world have been fixed on Georgia as we await confirmation of a certain election result. Still, from November 12th to 15th, golf fans have had something else on their minds – The Masters 2020. 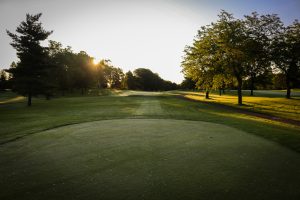 This year’s tournament was originally scheduled for April, but it was pushed back to November because of the continuing onset of the COVID-19 pandemic.

Set in the beautiful surroundings of Augusta National Golf Course in Augusta, Georgia, this year’s Masters tournament has already seen some remarkable things. Each day brought new leaders atop the scoreboard, with record numbers of players hitting below-par rounds. Soft conditions and numerous setbacks by some of the top players ensured that this contest couldn’t be decided until the very end.

Everything kicked off on November 12th, but not in the best way, thanks to a 3-hour rain delay, which interrupted play for several, including World Number 1 Dustin Johnson. As action resumed, day 1 saw all of the biggest names facing off, such as Tiger Woods, Bryson DeChambeau, Jon Rahm, Dustin Johnson, Justin Thomas, Casey, and more. We’ll cover Tiger Woods, the 2019 Master’s Winner, in more detail further below.

The DeChambeau experiment has been dealt something of a blow after a very disappointing start for the player. He seemed to be spending more time in the rough than on any fairways and had an unfortunate encounter with some azalea bushes. He suffered a double-bogey but managed to pull it back as time has gone on, now breaking even on par but still far behind the leadership pack.

Dustin Johnson and Justin Thomas were both caught up in the rain delay and only finished 9 and 10 holes respectively on day 1. That limited round still put Thomas far up the board with a fantastic score of 5 under.

Day 1 finished with England’s Paul Casey on top at 7 under, but with several key players having holes in hand, nothing was certain.

The rain left the entire course pretty soft for the second day of play, which saw an absolutely astonishing 23 players finishing with under-par scores.

As day 3 play began on Saturday, with all the new entrants to the under-par scores, there were a total of 49 players starting the day with scores in the red. The stakes were high.

DeChambeau fell lower after a rough second day. He began his third-day on a very tense moment trying to gain a much-needed eagle on the 13th (par 5). Day 2 was called off early due to bad light, and resumed early on Saturday before official day 3 play was started at 10:30 ET on November 14th.

The third round kicked off with five players 9-under par, closely followed by another 5 at 8-under, and a long list of other players in close pursuit. With scores so tight, it was likely that there were going to be some monumental shift in the standings. Well, that happened, and it turns out 2020 was the time of world number 1, Dustin Johnson.

In an incredible third round, Johnson completed the first 9 holes in just 31 shots. He even came close to netting an Albatross shot on the 2nd hole (par 5) when his second shot from more than 220 yards came close to going in. His eagle putt placed him at 11 under, two strokes clear of the rest of the pack. His streak of birdies to keep him in front, including an outstanding 38-foot putt on the 4th (par 3). Johnson finished day 3 at 16 under, a full 3 strokes ahead of nearest competition Cameron Smith and S. J. Im.

The final day brought mixed results for many, but another fantastic performance from Dustin Johnson shooting 68, for his 4th consecutive round under Par, shooting -20 for the weekend, and breaking the previous Masters’ scoring record of -18 by Tiger Woods. The PGA Tour’s number 1 player was practically flawless all weekend in securing his victory.

Perhaps even more notable on the final day was the skilled and resilient play of PGA number 45, Cameron Smith of Australia, and S. J. Im of South Korea (ranked 25th in PGA). Both had held off the number 2 player, Justin Thomas, with a solid round to finish joint second at 15 under, a full 3 strokes ahead of Thomas.

Things aren’t going so well for Tiger this year. He started well on the first day, hitting 4-under par with a bogey-free round of 68. He slipped to 22nd after his second round. Some of his incredible hits on day 1, sadly unraveled, including some incredible birdies on the 16th and 1st holes.

ESPN golf analyst and 2-time US Open winner, Andy North remarked that Tiger on Thursday played “exactly the round he needed,” and that he was bolstered by a careful and considered approach given his detailed knowledge of the course at Augusta. It’s a shame that as play has gone on, Tiger has not been able to maintain.

A bogey-free first day, abruptly followed by a troubled second day, is hardly the performance of a reigning champion. Perhaps most infuriating was that unlike DeChambeau’s first day, which was marred by monumental fairway errors, Woods was often hindered by moments of sheer rotten luck. A pitch from a sand trap on the 2nd (par 5) saw Woods come within an inch or so of an eagle that would have put him right back in the game. On the next hole, he missed a very short par putt in a moment that seemed to set the tone for the rest of the day. Nothing was going Tiger’s way.

Unfortunately, Tiger’s luck didn’t return, and he finished the third and fourth days with disappointing rounds of 72 and 76, respectively, securing an overall score of 1 under par. Last year’s champion couldn’t have been pleased finishing so far behind the pack.

The final days saw the predicted earthquake-like shifts in the scoreboard. After his epic 3rd-day performance, Dustin Johnson merely had to hold off his closest competition with a solid performance on the final day, which he did.

This was a tournament where many titans fell, with many finding themselves unable to recover after a disappointing first two days. This tricky Georgia course delivered on an exciting and truly nail-biting result in what will surely be among the most memorable Masters tournaments ever.