The Ping G410 Plus Driver Reviewed

The Ping G410 Plus Driver Reviewed 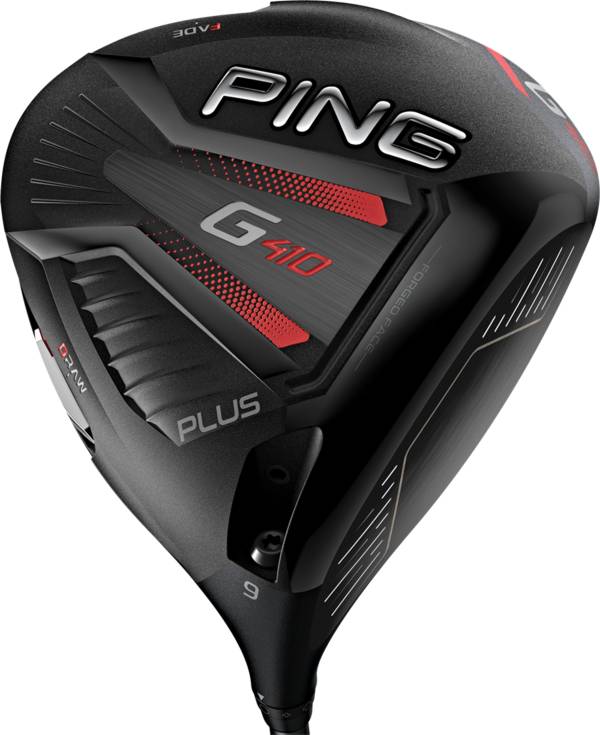 Every year, golf manufacturers introduce their newest models of drivers, irons, wedges, balls and putters.  If you are a golf junkie, you look forward to hitting every new club from your favorite manufacturer. Adjustable hosels and movable weights make new drivers specific to each one of us. The Ping G410 Plus Driver is one club you should hit this year if you are a fan of Ping.

These new clubs can change ball flight, spin rate, trajectory, and everyone can benefit from a finely tuned new driver. Ping has been a consistent player in the golf club market for decades, but they don’t receive the same hype as Calloway, Taylor Made, or Cobra.   It’s time to take a look at the 2019 G410 Plus Driver from PING and determine if it is worth the investment.

A Quick History of Ping Golf

Nearly every golfer worth his game knows about Ping. The American manufacturer was founded by engineer, Karsten Solheim. He started the company as he was having difficulty putting with the equipment of the time. He ended up making more than 2000 golf clubs in his garage.

He leveraged his engineering experience to make Ping one of the most successful golf club equipment companies in the world.

Ping is known in the industry to never compromise on quality, even if it does take a longer time to introduce new equipment. Although Ping was interested in 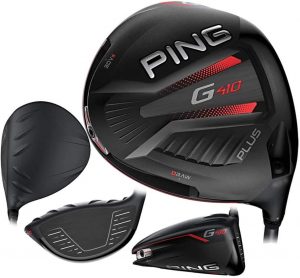 offering adjustable  drivers for years, the company did not get launch an adjustable hosel driver until 2012 when they launched the Ping Anser Driver.

What makes the Ping G410 Plus Driver Different?

The G410 driver has a head size that is impressive at 455cc. This gives it about 15% more MOI than other competitors, and this makes it highly desirable. The head itself is made up of 16 gms of tungsten which results in no compromise in quality or performance.

The head also has a creased crown and special dragonfly technology on the inside. This offers a stronger head and more energy transfer to the ball. However, you should know that unlike competitors, the head does not have a carbon crown or carbon sole sections. 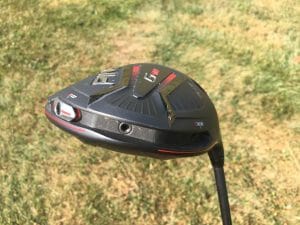 The Ping weight track is placed on the outer perimeter of the clubhead. The weights have three fixed design positions, and the 16-gram head can shift the driver’s center of gravity towards the heel or the toe by shifting about 2.5 mm.

This results in a 10-yard of shot correction. You should know though that this is not the most prominent weight on the market at present. However, the advantage that Ping offers is that this club provides adjustability without losing anything else.

The hosel sleeve has also been redesigned. With the new version, the settings have been increased from 5 to 8, and more than 15 degrees of loft adjustment is present in both directions. With the new adapter, you will also find three new flat settings which will please most players.

We feel that Ping was able to make a more competitive hosel without any weight change of the adapter. This provides the necessary structural support without loss of aerodynamics. The driver has a cast body forged with a T9S face with high-density tungsten.

However, it’s not all good news. The new design has a new adapter that is not compatible backward, and the existing adapter is not compatible with existing G410 heads. That means if you already have Ping shafts will not work with the new heads, and this is going to create blowback for the company.

It’s a must-try simply because Ping promises quality and performance, while focusing on engineering and forgiveness. After my fitting, the shaft that was recommended was shorter than my previous driver, and it took several swings to get used to the distance I was standing from the ball.

After I got my distance down, you could feel the true power and forgiveness of this club.

When you hit this club in the center of the clubface, you can feel the “tramponline” effect on the ball.  You can actually feel the ball coming off of the club. What was most impressive was not the well struck balls, it was the “mishits” that really sold me on this club.

Even with balls I hit poorly, my dispersion was not bad and still had plenty of carry.

When I started hitting this club using a golf launch monitor, it was evident that my sidespin was much lower than my original driver. The more side spin you have on the ball, the more exaggerated the miss. With this club, you could miss the shot, and still end up in the fairway.

More importantly, the misses can keep you out of the woods and the penalty areas.  Not saying this will eliminate those issues from your game, but I did notice an improvement in my driving accuracy in the weeks that followed my purchase.

The biggest benefit that I have received from the Ping G410 Plus men’s driver is that I have eliminated the right side of the golf course with this driver.  In the past, my misses were to both the right and left side of the course, and I could literally hit it anywhere from the tee box.

With my driver, I slid the weight all the way to the Fade position, and I am confident I will hit the ball down the middle or with a draw.  It took a little bit of time to get used to, but being confident with a driver in your hand is powerful, and it will really help you lower your scores.  This setup may seem backwards to you, but it really has worked for my game.

It also seems to hold up well against the competition. Ideally, the sliding weight seems to increase shot bias but seems to have no impact on forgiveness.

Even though this driver was launched in 2019, it is still a high quality driver in the Ping Golf lineup.  If you like this review, be sure to check back on our website often for the latest updates on the newest golf products, training aids and gadgets.

Check it Out On Amazon
By Tim Marose|December 22nd, 2019|Driver|Comments Off on The Ping G410 Plus Driver Reviewed