Why Do I Slice My Driver But Not My Irons

Why Do I Slice My Driver But Not My Irons

A slice is the most frustrating shot in golf. Almost any golfer who struggles with a slice swing will be interested in fixing it. If you’re one of the lucky ones who don’t have any trouble hitting your golf shots straight, that’s a good thing. However, the driver may be a little more difficult than usual to straighten out. 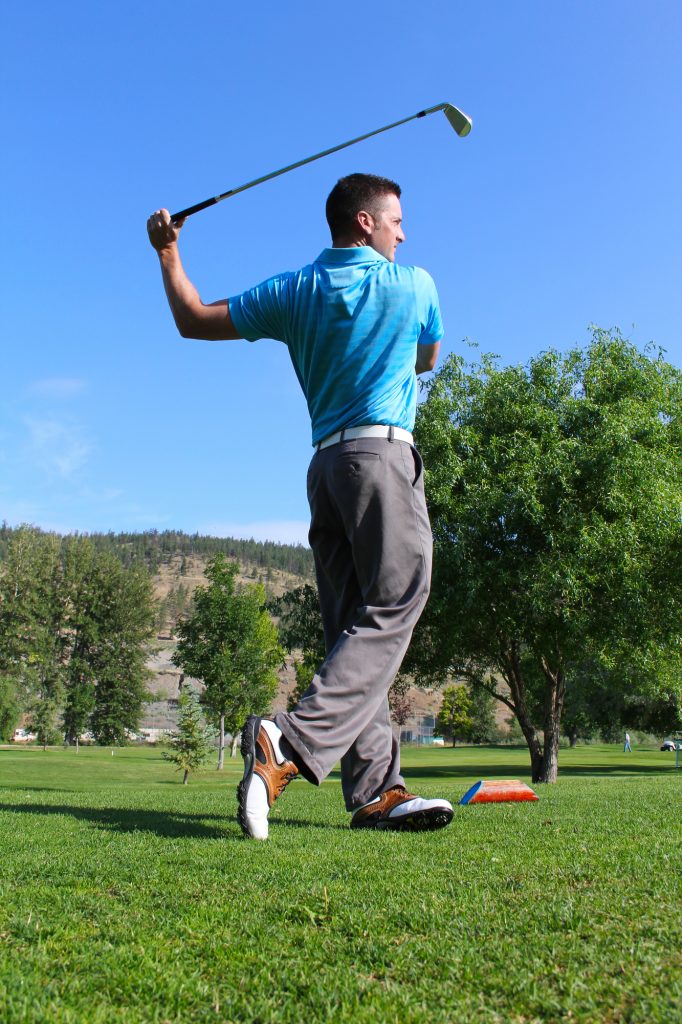 There are a few key reasons that the driver could be slicing but not the irons. We have put together some of the checkpoints that you can consider, to ensure that your next golf swing with the driver results in hitting the ball straight.

6 Reasons Why You Slice Your Driver and Not Your Irons

The main reason that a driver will slice, but not the irons, is the length of the club. With a golf driver being longer than a golf iron, it is much harder to square the club face and release the club at the proper time. Golfers of all ability levels struggle with this concept.

Even if you are using a driver for a slice, it might not be enough. The driver swing is not the exact same swing as the irons, and it takes some time to get used to this concept.

Here is an in-depth look at the reasons why you may slice your driver but not your irons.

The iron swing and driver swing stance are slightly different. To get the golf club into the proper positions, the stance should be wider, and the golf ball should be more forward in the stance for a driver swing.

Some golfers struggle with this concept, and they keep playing the golf ball in the middle of the stance, even with a driver. This won’t give most amateur golfers the time they need to properly release the club head and get a straight shot.

Your golf stance is the easiest thing to fix; start here and make sure you are properly aligned and ready to swing.

Many golfers that slice the ball with their driver have a problem with the grip. The grip issue usually starts with the left hand (for the right-handed golfer). The left hand will be turned too much to the left. This allows a weak grip and a position where golfers don’t have enough hand strength and power to turn the club over.

A strong grip promotes a draw while a neutral grip allows you to achieve straighter ball flights and you can work the golf ball on either side. The wrong grip is common, and you should mostly keep the same golf grip between iron shots and driver shots even if you don’t have the same golf swing path.

The loft of a driver is another important consideration in why you could be slicing the driver but not the irons. The driver loft is much lower than the irons, which means less forgiveness. For some professional golfers, especially those with slower swing speeds, this can create a problem with accuracy. 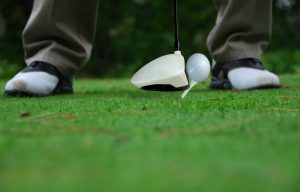 Many times, if the swing speed is low, and the loft is too low, golfers get too much side spin and struggle with the timing of the release. To improve ball flight and club face angle, it can make sense to look for a driver with slightly more loft.

For players that have an adjustable golf driver, this can be really easy. Simply head to the driving range and add a few degrees of loft to the club to see what it does. Chances are you will hit balls higher and see the driver slice start to go away. The only issue here is that you may lose a few yards of total distance.

Club fittings are very important. Just as ball position, proper swing plane, and setup can change from the golf driver to the irons, so can the flexibility of the shaft. Remember that we told you that the golf shaft in the driver’s head is much longer than other golf clubs in your bag. This means the driver shaft may need to be a different flex than your iron shaft.

If you go for a club fitting, you may find that the slice shot happening is a result of your golf equipment and not your swing path or out to in swing flaws. The idea here is that sometimes you must match your swing speed and playing ability to the golf driver you are using.

Don’t set yourself up for a golf slice simply because you have the wrong equipment in the bag.

The average golfer tends to struggle with releasing the golf driver. Part of this is the fact that the club is longer, and sometimes it’s because golfers try to kill the ball when they swing with a driver. A late release is something that most players can figure out after a few lessons and a little bit of practice or by using a swing trainer like the Lag Shot. However, this is a feeling that you will need to work on perfecting in your swing.

The great news is that if you are hitting your irons straight, you are likely doing this without issue with your irons in your hand. If you can practice hitting one driver shot and one iron shot, you may find that you start to feel what is necessary to hit a slight draw.

Also, try to take some videos of your club path and see your swing faults for yourself. Sometimes seeing these faults will help ensure that the dreaded slice goes away, and you can start hitting the shots you want.

The iron swing path is naturally a little steeper than the driver swing path. The way the length of the club sets up, this is relatively common. So many golfers try and swing all the clubs the same way, but the driver should have a slightly more shallow path.

With the irons, you are trying to hit down and through the golf ball, and it is a slightly different swing. Golf drivers allow players more of a shallow path that promotes a longer and more penetrating ball flight. With the driver swing, the ball is contacted more on the upswing as opposed to the downswing.

If you think your steep swing path may be causing your issues with the driver, try to use golf alignment sticks to see how steep your path is and what is necessary to improve this path.

In a golf swing sequence, you should move your lower body and not your upper body first. When your weight shifts to the lead foot, you can start to twist your torso down toward the ball. Unfortunately, most golf slicers begin the downswing with the upper body, causing them to miss.

An active upper body might be because of an incorrect plane on the backswing, lack of flexibility, or quick transition.

We hope you now see why you may be slicing the driver but not your irons. This is a very common issue for golfers, and luckily it is very fixable. The good news is that your iron shots are good, so you can leave those alone. Don’t change what you are doing there, and simply make some of the basic tweaks that we have talked about.

Remember that the golf driver is considerably longer than the irons, and this is likely the cause of your issue. The golf ball will go straight again when you can learn how to accommodate this difference in length.

By Brittany Olizarowicz|February 11th, 2022|Golf instruction|Comments Off on Why Do I Slice My Driver But Not My Irons